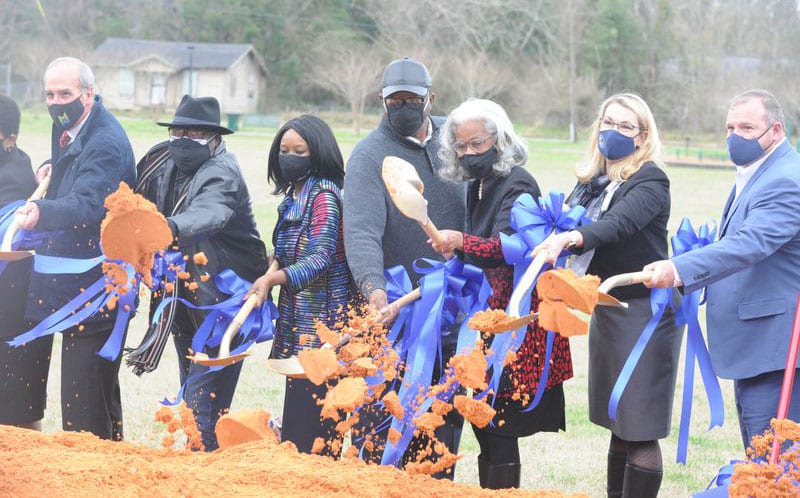 image by John Sharp via al.com

Prefabricated portions of the Africatown Heritage House were recently delivered to the Robert L. Hope Community Center South Georgia, AL.com reports. The permanent home for the Clotilda slave ship and Africatown artifacts (BBN #30), the Heritage House is a 5,000-ft2 structure that will serve as a museum after the Historic Museum of Mobile installs artifacts and exhibits in it. Approximately half of the building will feature exhibit space dedicated to honoring the Africatown community inhabited by the African slaves who survived the illegal transatlantic voyage in 1860. A 2022 opening of the museum is expected to coincide with a projected ramping up of tourism activity following the public opening of Surviving Clotilda (BBN #65). Tours, both on land and water, will also be available, while work will continue on a $3.5-million Africatown welcome center near Old Plateau Cemetery. Additionally, on November 17, Mobile Mayor Sandy Stimpson announced that the submerged wreck of the Clotilda was officially listed in the National Register of Historic Places.